The Mara provides eclectic wildlife photographic opportunities. We did not focus on birds during our last trip in February but they were all around so it was not difficult  to see and photograph a variety of raptor wader and insectivores.

“I marvel at its diversity; I am spellbound by its beauty.  I see its adversity and  admire its uniqueness. I am intrigued by its adaptation and humbled by its intelligence.” ~ Mike Haworth

A male Kori Bustard walking through the grasslands displaying. There were no females anywhere near but the white feathers under his elevated tail were a beacon.

A white-fronted bee-eater. We saw very few bee-eaters, the only other species I saw were little bee-eaters.

Short-toed snake-eagle. This was a first for me. I struggled to identify this raptor but the shape of the head and the piercing yellow eye were definite clues that it was a snake-eagle.

African marsh harrier guiding over the grasslands looking for insects and small reptiles and birds. We saw many of these harriers as you can imagine with such vast grasslands to hunt on. 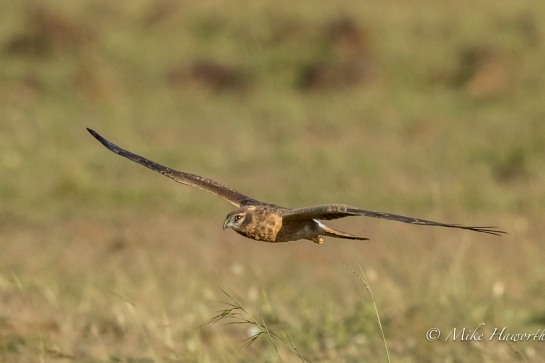 “We are a landscape of all we have seen.” ~   Isamu Noguchi

Ruppell’s Griffon vulture flying into a carcass ahead of a spotted hyaena. The Ruppell’s has distinctive streaked brown and white body feathers. This was a juvenile as the adult has a distinctive orange-yellow tip to the beak with a black cere.

Cape vulture flying in to join the carcass dining party. The Cape Vulture is larger than the Ruppell’s vulture. Their whitish overall look is the distinctive feature. This is also a juvenile as the adults have a yellow eye. 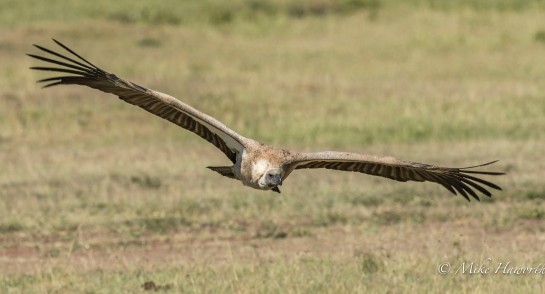 Another Ruppell’s Griffon vulture following the Cape vulture to the Topi calf carcass. 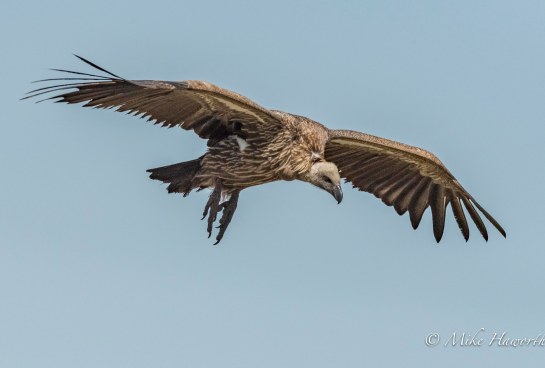 As you can see once you find a carcass you and all the raptors will converge. This is an adult Blonde morph Tawny eagle flying in to investigate the Topi carcass.

“Birds have wings; they’re free; they can fly where they want when they want. They have the kind of mobility many people envy.” ~Roger Tory Peterson

The blonde morph Tawny eagle took off after deciding there was too much competition around the carcass from hyaenas and vultures. 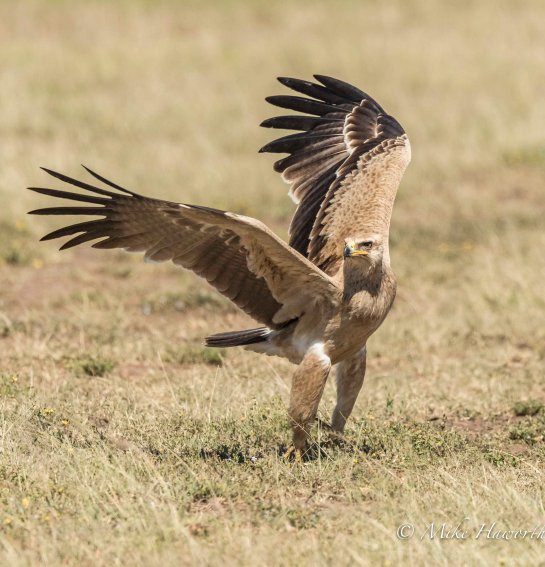 Another male Kori bustard displaying with beautiful clear morning light on him. he did not catch any of the female’s attention that we could see but her certainly caught our attention.

The one morning it was sunny but windy. We had been watch a coalition of young male lions next to a pool of water where there was no shade just open grassland. Further along the drainage line was another pool of water with a solitary grumpy hippo in it but there was a lot of swallow activity. this was one of the Barn swallows which flew in for a rest. They seem to absolutely love the wind it seems to energise them and they become playful. 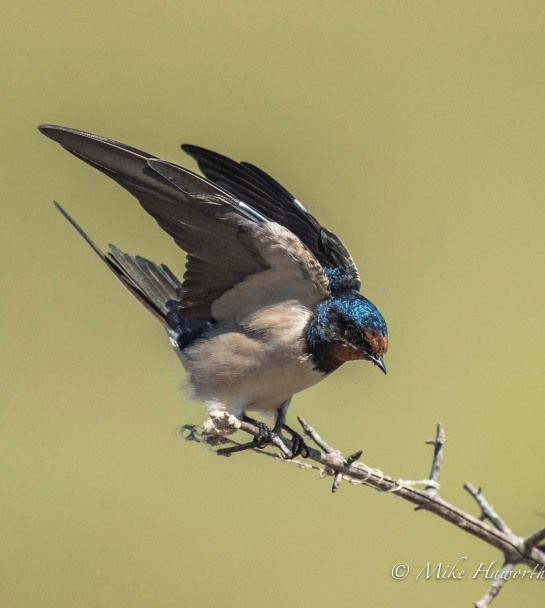 This Grey crowned crane was very busy plucking seeds off the grass stems. 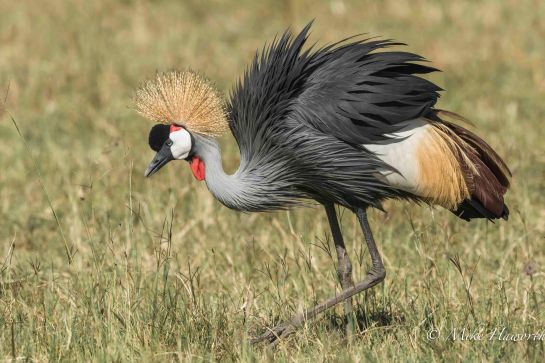 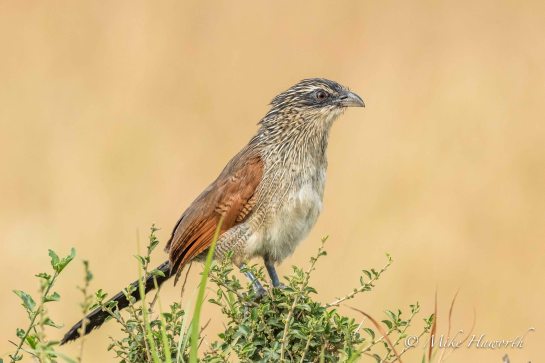 Rufous-naped lark declaring his territory from the top of a low bush. 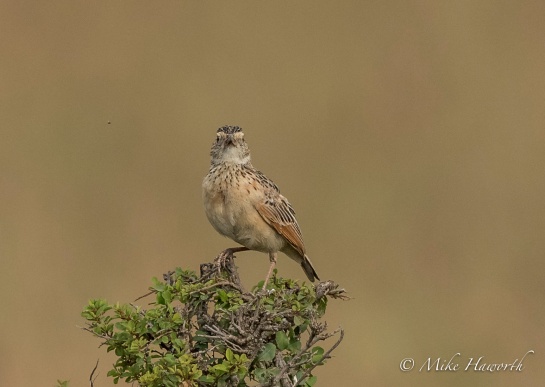 A male Kori bustard showing off his finery while striding through the grasslands of the Mara. The males were strutting their stuff but we did not see any females nearby. 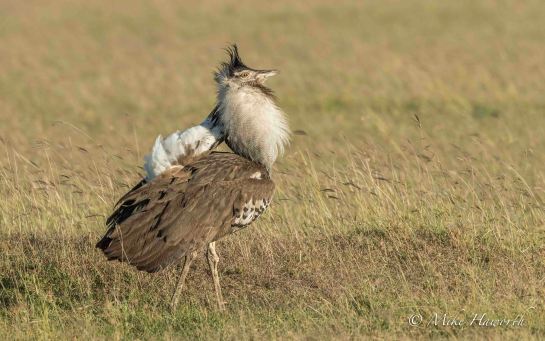 Wood sandpiper resting next to the water’s edge.

“The soul that can speak with its eyes can also kiss with a gaze.” ~   Author Unknown

Common Greenshank looks much like the Marsh sandpiper but is much larger and has a slightly upturned bill. 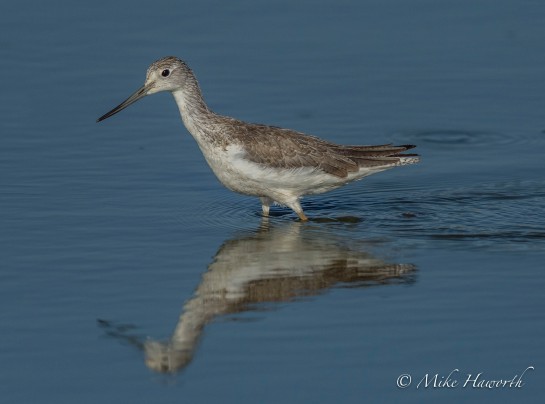 A spur-winged lapwing watching out for aerial predators.

Grey crowned crane having just had a drink on a hot afternoon in the Mara north.

“If you desire to see, learn to act.” ~  Heinz von Foerster 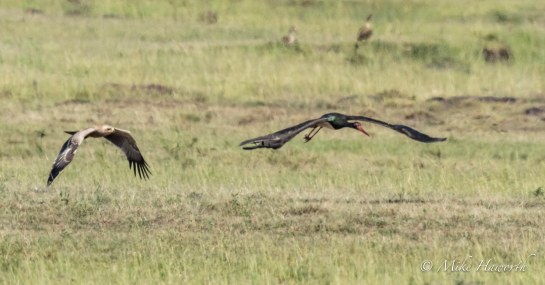 A blonde morph Tawny eagle taking off after not getting a  opportunity to pick up scraps with all the hyaenas and vultures around the carcass.

A Tawny eagle scanning the grasslands. 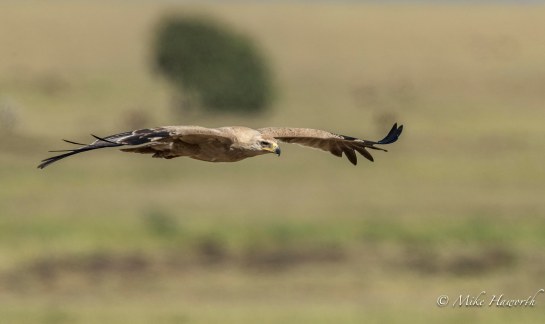 Wood sandpiper searching for food on the surface of the water. A palearctic visitor in East Africa between September and May each year.

This Marsh sandpiper was trawling the same pool of water as the Common Greenshank and Wood sandpiper, all the while watched by a pride of lions.

“Love looks not with the eyes but with the mind; and therefore is winged Cupid painted blind.” ~   William Shakespeare 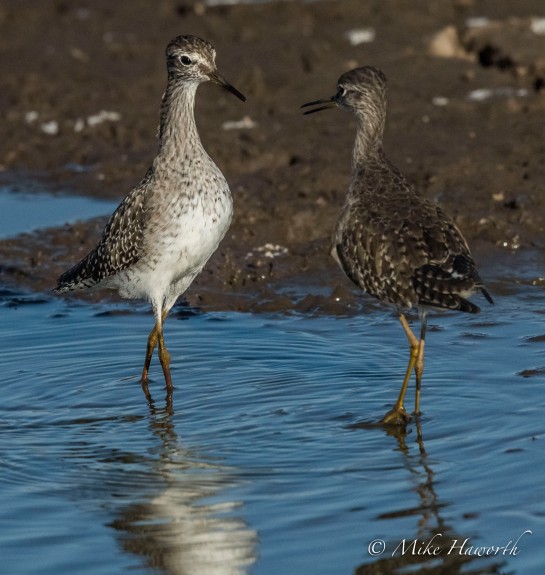 When on the Mara plains the mammals are the first ones to catch your attention because of their size and numbers, but the Mara offers a treasure trove for birdwatchers.

There are many raptors which fly by while watching the lions or elephants. There are numerous drainage gullies with streams and pools of water which attract waders and are a place for other birds to drink. The carcasses attract numerous species of raptors. There are wanders like kites and harriers which cast a passing glance. There are those that stride through the grasslands like ostriches, bustards, ground hornbills and secretary birds. There are also those which catch insects on the wing. Distractions there are many!!

This was just a sample of the birds we saw while photographing other things. I hope your enjoyed the sample.

“Life just seems so full of connections. Most of the time we don’t even pay attention to the depth of life. We only see flat surfaces.” ~ Colin Neenan

One thought on “Wings over the Mara”