2017 started brimming with expectation. My first trip into the bush was with friends to Mashatu in south-eastern Botswana, for four days. It is mid-summer in this part of the world. We had a rough start to the summer season as we were in the midst of a desperate drought. The El Nina system seems to have given way to the wet La Nina which started in late November.  One of the most incredible transformations take place after a serious drought. The earth looks desiccated and it is difficult to imagine that  good rains could transform the landscape. What we don’t realize is that nature is patiently waiting in the dust in the form of seeds. With decent rain these seeds start to sprout and mother nature transforms a lunar landscape into a scene of abundance.

‘“A wonderful gift may not be wrapped as you expect.”
― Jonathan Lockwood Huie

We knew before we went to Mashatu that the Limpopo river would be high and perhaps in flood after all the good rains in the South African catchment areas which feed into the Limpopo river system, with a lag. As anyone in this part of the world knows the rivers can come down in spate, which can last a few hours, and quickly subside. This time the Limpopo river was very high and the Ponte at the Ponte Drift border post had been damaged by the high flood waters, so we decided to travel by vehicle the long way around through the Platjan border post, which is to the west, and adds about two and a half hours to the trip, mainly because of the dirt roads.

“There were two ways to be happy: improve your reality, or lower your expectations”
― Jodi Picoult

On our way from Platjan, once in Mashatu Nature Reserve, we decided to have a quick look at Soloman’s Wall. The road which crosses the Motloutse river at Solomon’s Wall is a  short cut from Platjan, when you can cross. On the way to Soloman’s Wall we drove past Rhodes’ Baobab which is this remaining portion of a large Baobab tree rooted onto of a large sandstone ridge, called Mmagwa. The next image shows how verdant the bush looked. I have never seen it looking so green and lush. 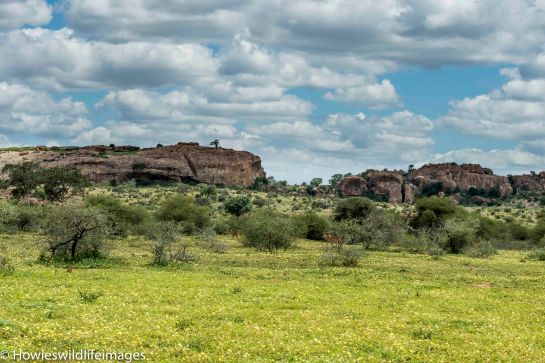 On the opposite side of the road is Mapungubwe (meaning ‘hill of the jackal’) a sacred hill which was part of the Mapungubwe dynasty system. Today only the Paramount Chief is allowed on the hill. Legend has it that unaccompanied people who climb this hill will not return alive. As you can see you are starting to get a sense of the fields of gold. 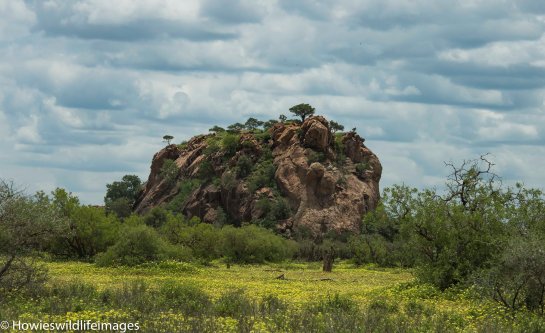 About another kilometre down the dirt road we reached Solomon’s Wall – which is cut by the Moutloutse river. This is a seasonal river which comes down in flood occasionally in summer. This is what the “short cut” from Platjan looked like. We were please we chose the long way around.

Backlighting on the Purple Pod Terminalia. With the verdant green background the  the backlighting illuminated the pods presenting attractive splashes of colour. The silver cluster-leaf (Terminalia sericea) usually occurs only on sand. The purple-pod terminalia is often found on clay or calcareous soils on hill sides .

“Wise words are like seeds. The more you scatter them, the more they will grow into infinite gardens of knowledge.”
― Suzy Kassem

I have titled this post Fields of Gold because Mashatu was carpeted in these yellow Devil Thorn flowers which were interspersed with tiny red flowers. The whole reserve looked dazzling,  making it look like the garden of Eden. 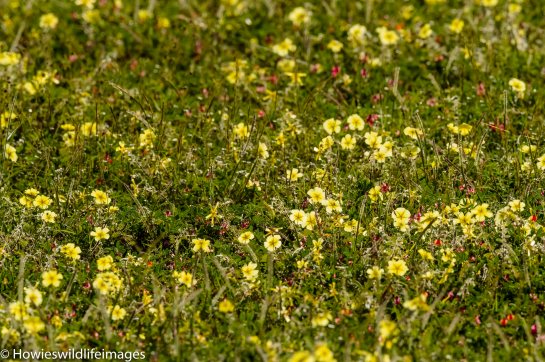 I have never seen lionesses in a carpet of yellow flowers. Two lionesses had six cubs between them were making their way from the river to look for some cover to rest from the growing morning heat.

“Doing what you love is the cornerstone of having abundance in your life.”

I often wonder what the animals must feel when they see the complete transformation of their surrounds between winter and summer, after the rains. Of course the herbivores benefit from the abundance of food and respond by producing a plethora of young.

The lionesses spotted some giraffe a couple of hundred metres ahead and slowly started making their way toward them. The cubs knew to remain behind and be still and quiet. Normally their tawny coats would provide wonderful camouflage, but not that day. 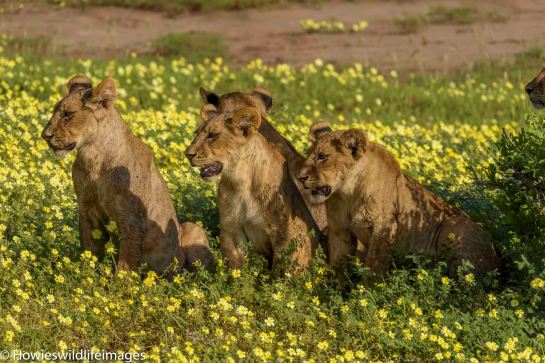 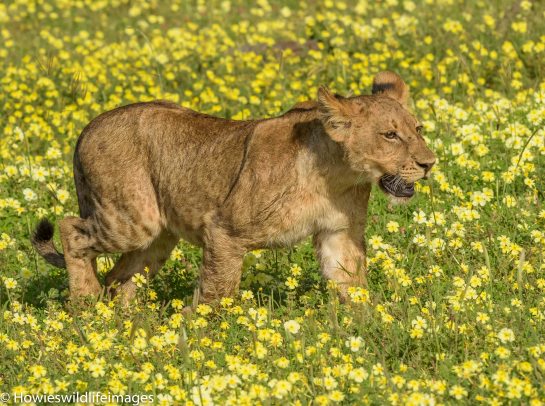 I guess even lion cubs get hay fever. 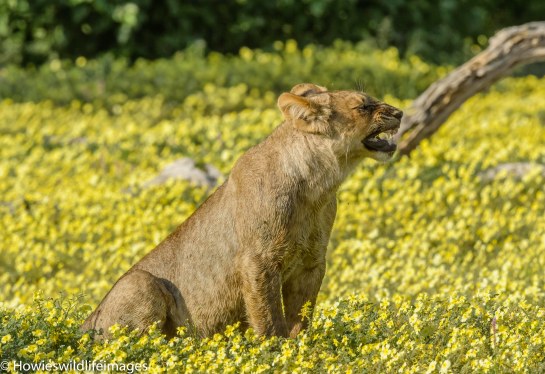 I had to pinch myself to remind myself that this scene was real. 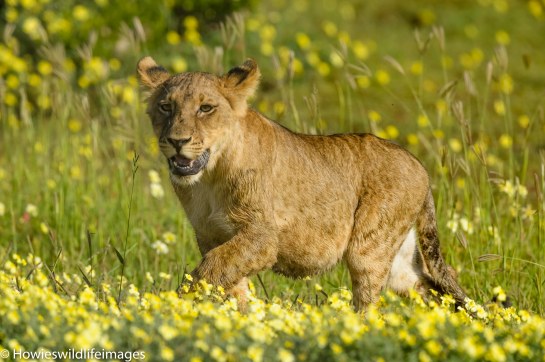 “Animals are not only beholders of great beauty,
but they are also beholders of ancient wisdom.”
― Molly Friedenfeld

The giraffe that the lionesses were interested in had a different perspective on the scene. They saw the lions who were probably given away by the cubs. The giraffe stood transfixed looking at the lions and even moved closer to them to make sure that they had a good visual on all the lions at all times. 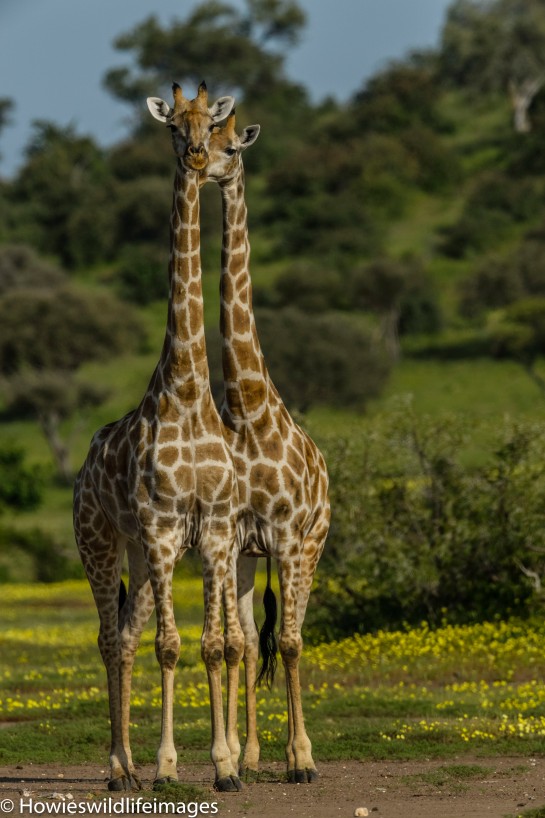 These cubs were about seven to eight months old and were eating meat but were still very much cubs and had much still to learn. Mashatu has plenty of hyaenas and leopard which will kill lion cubs given half a chance. 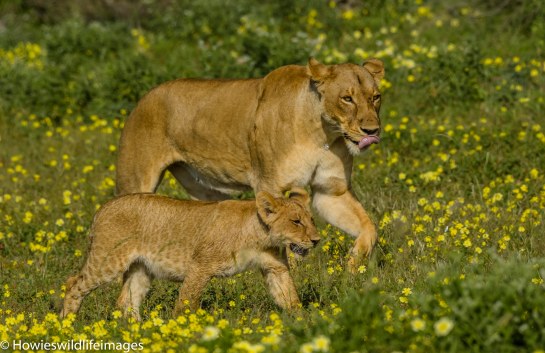 Not only were there fields of gold but almost all the animals had young. It was a time of plenty. There were many Impala in the reserve. Of course they became skittish once they got the scent of the lions. The Impala would jump over the dirt road  in the dash through the fields of gold. 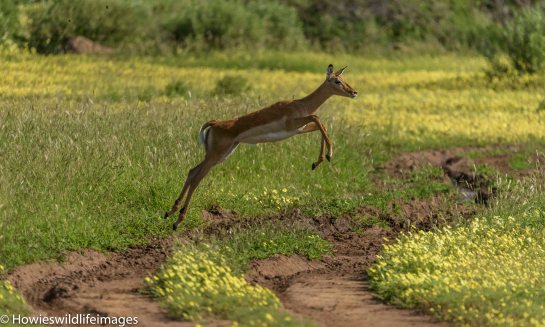 “Ignorance is not bliss. It is the kiss of death.”
― Suzy Kassem,

The bird life was also abundant, reinforced by all the migrants from higher up Africa and as far as the Steppes of Russia.  We found many pairs of Namaqua Sandgrouse which are year-round residents. This was a male and female. The male has the yellow eye ring and white and brown band across his chest. Their backs are cryptically coloured for camouflage when they are feeding on seed on the ground. 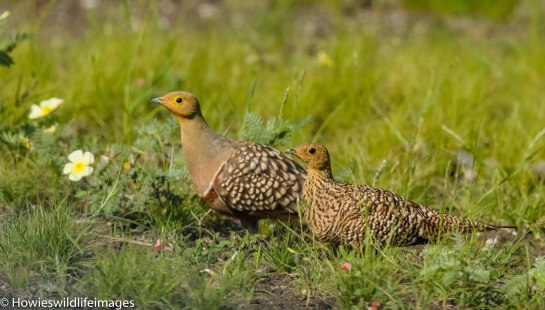 We found the resident Cheetah male coalition. This group comprises three male Cheetahs. They have been in Mashatu for many years and are getting old now. This can be seen by how worn down their canines are. 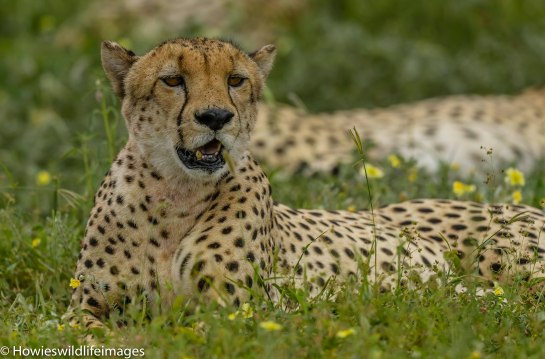 The baboons seemed to love the yellow flowers picking hand fulls of them and eating them. At times they would not even pick the flowers just bend down and bite them off their stems. 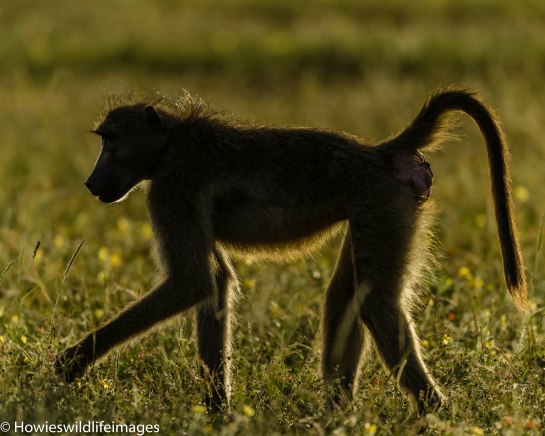 We saw a large group of Banded Mongooses every day when we were on the game drives. All the animals looked to be wandering comfortably through the yellow flowers. The yellow devil thorn (Tribulus terrestris) bloom is followed a week later by a fruit which falls apart into  five nutlets or burs. These nutlets are hard and bear two to four sharp spines – hence the devil name. As you can imagine after the rains and the flowers, the ground will be littered with the devil thorns. 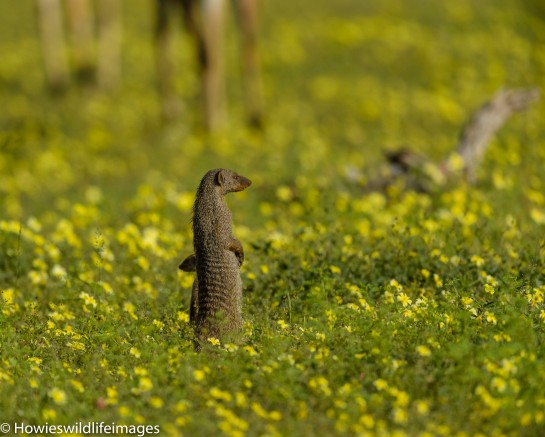 “Talent is always conscious of its own abundance and does not object to sharing.”

Summer is also a time when all the migrants  come down to southern Africa – no “Brexit” issues here. Mashatu is know for its plethora of cuckoos in summer time probably because of its abundance insect life and numerous worms and caterpillars attracted by the mopany bushes and lush vegetation. This Diederick’s Cuckoo is particularly partial to caterpillars. 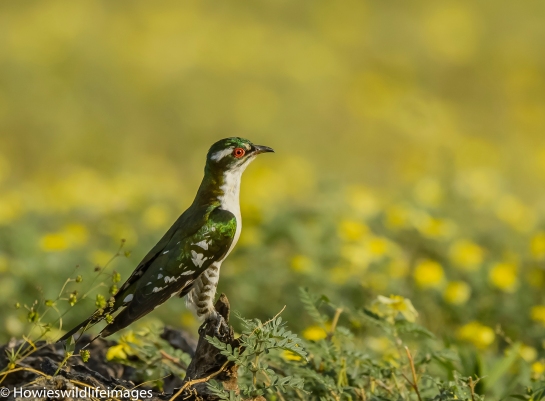 This yellow-billed hornbill is also an insect eater and it was having a field day amongst the yellow devil-thorn flowers. 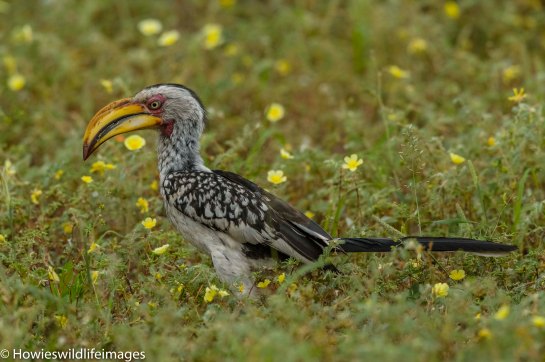 We saw many elephant on this trip to Mashatu. They had plenty to eat and  plenty of water to cool down in the reserve  – which can be extremely hot at this time of the year. 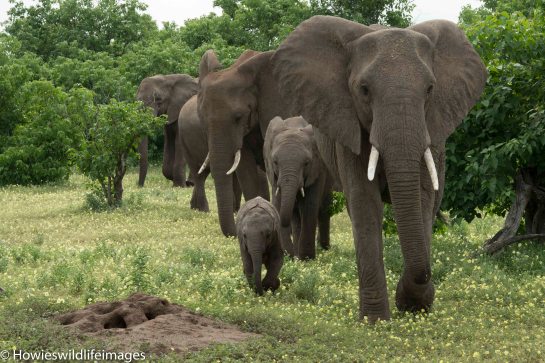 There was an abundance of wildlife in Mashatu but the rains had really brought out the dazzling carpet of yellow flowers. The flora looked verdant and pregnant with life.

2 thoughts on “Mashatu – fields of gold”