Wishing you a Merry Christmas and time treasured with family and friends, fine fare and peace and goodwill.

It has been a varied and colourful photographic year. In this post I wanted to focus on some of the bird images I have not included in my posts during 2016. I have chosen a selection of our avian friends I was fortunate enough to photograph. There are two aspects about birds which immediately add another dimension to your safari experience. The first is that birds are far more active than mammals so you are likely to see more behavioural action and secondly the colours and variety are far greater adding much more diversity.

“The world is my canvas and I create my reality.”

Temminck’s Courser in Mashatu in summer.

African Hoopoe in Mashatu in summer.

Wood Sandpiper below the drift on the Matabole river in Mashatu.

Southern Ground Hornbill with a mouth full in Mashatu’

Striped morph of a Tawny Eagle in the Serengeti.

Pale morph Tawny Eagle in the Grumeti area of the Serengeti.

Pale morph Tawny Eagle looking for a landing site  among some “hoods” in the Grumeti area of the Serengeti.

Nubian Woodpecker searching for  morsels in the dead tree trunk in the Grumeti area of the Serengeti.

“I once had a sparrow alight upon my shoulder for a moment, while I was hoeing in a village garden, and I felt that I was more distinguished by that circumstance that I should have been by any epaulet I could have worn.”

A Silverbird, in full breeding plumage, stretching in the early morning light in the Serengeti .

Yellow Wagtail with breakfast next to a dam in the Grumeti area of the Serengeti.

Female Egyptian Goose with her goslings close to the Yellow Wagtail at the same dam in the Serengeti.

This male Yellow-throated Sandgrouse had just flown in, as part of a flock, for his morning drink.

“The very idea of a bird is a symbol and a suggestion to the poet. A bird seems to be at the top of the scale, so vehement and intense his life. . . . The beautiful vagabonds, endowed with every grace, masters of all climes, and knowing no bounds — how many human aspirations are realised in their free, holiday-lives — and how many suggestions to the poet in their flight and song!”

White Stork, a long distance traveller which had flown down from Europe to the Serengeti for the summer.

Double-banded Courser in the grasslands of the Serengeti walking in amongst the herds of zebra and wildebeest.

One unhappy Lilac-breasted Roller giving a Black-chested Snake-Eagle a “rev”. 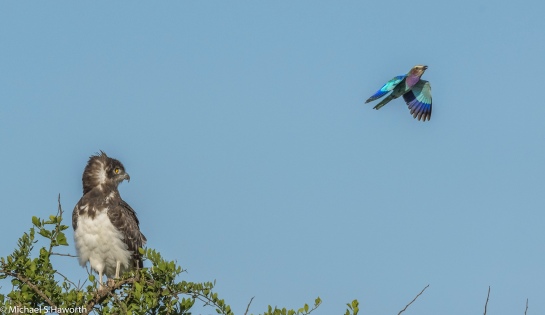 Male Pygmy Goose, this painted gentleman in all his unusual finery is also a speed merchant and is nicknamed ” the pocket rocket”.

The Black Egret with his wings extended to form an umbrella which it uses to trick fish as part of his fishing strategy.

“I found I could say things with colour and shapes that I couldn’t say any other way – things I had no words for.”

White-fronted Bee-eater in semi shade along the banks of the Chobe river. 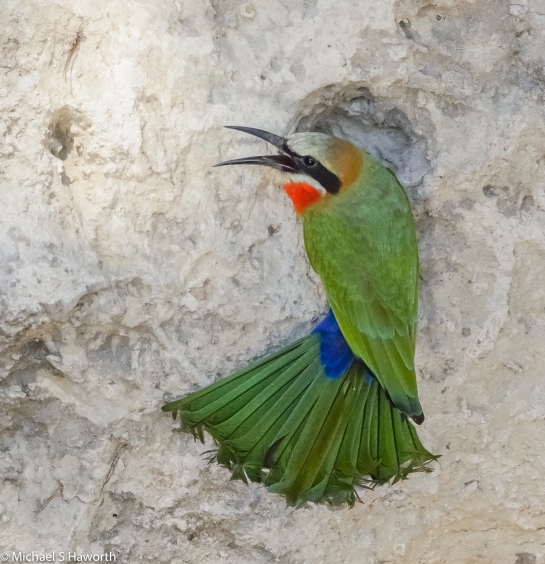 White-breasted Cormorant about to take off to find quieter waters along the Chobe river.

Woodland Kingfisher perched on a fallen tree trunk in the Chobe river with an edible insect tantalisingly close. 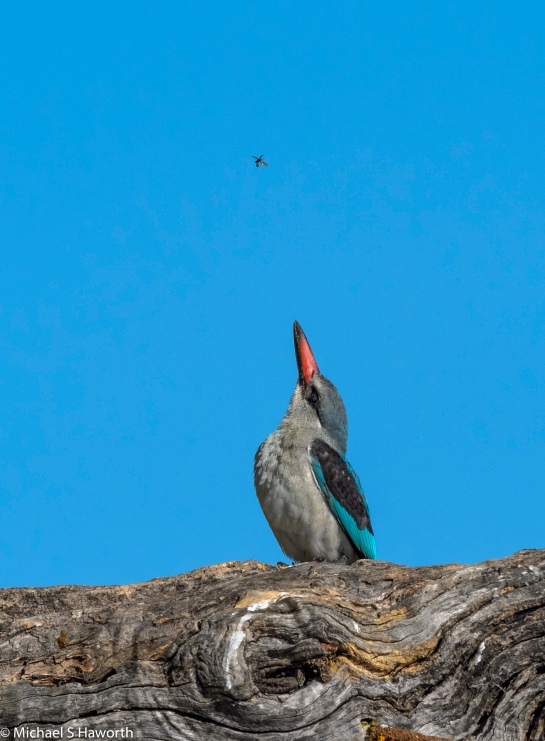 A Darter, also called the Snake bird, in full flight along the Chobe river. 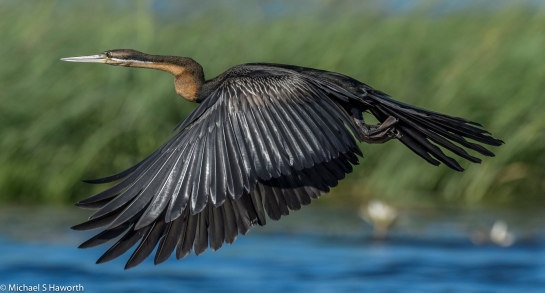 A Fish Eagle crossing the Chobe river in the late afternoon light. 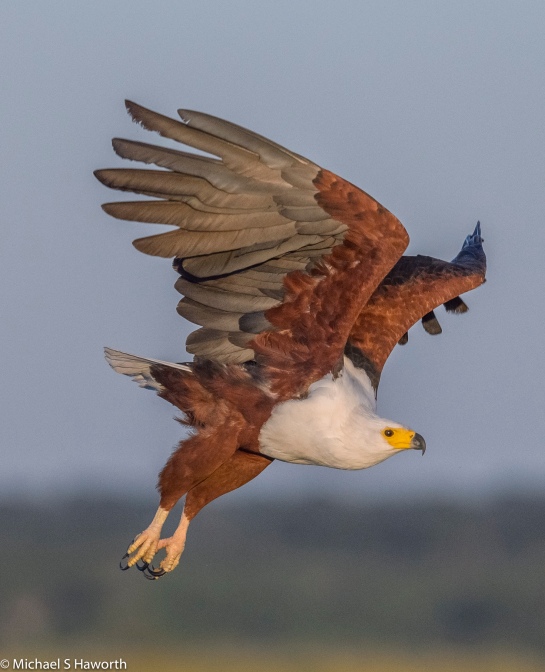 An African Jacana flying between rafts of water-lily pads on the Chobe river.

An African Jacana scouring the water-lily pads on the Chobe river for insects and snails, with some success.

A Squacco heron striding with purpose to a more promising feeding spot along the Chobe river.

“Without black, no color has any depth. But if you mix black with everything, suddenly there’s shadow – no, not just shadow, but fullness. You’ve got to be willing to mix black into your palette if you want to create something that’s real.”

A Reed Cormorant about to take off out of the water of the Chobe river. My daughter reckons it looks like a water dragon.

A protective Lilac-breasted Roller noisily defending its nest from a nearby Fish Eagle  along the Chobe river. 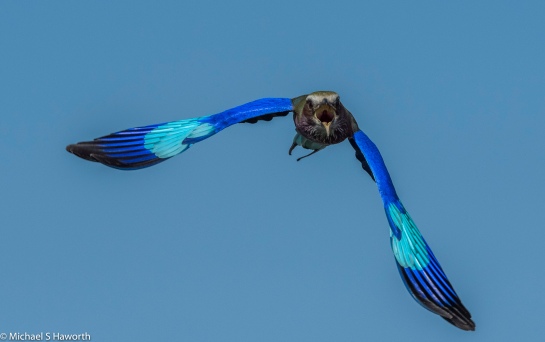 A Green-backed Heron having just taken off from its hunting perch along the Chobe river,  near Serondela.

Also in the Serondela area, this Fish Eagle looked huge and majestic in take off.

Days old and precocial, this minute African Jacana chick is already fending for itself along the dangerous waters of the Chobe river..

A pair of Red-throated Wrynecks foraging for insects in the heavily textured bark of a fallen tree in Marievale Bird Sanctuary.

Hitchhiker, this Cattle Egret in breeding colours is catching a ride on the back of an elephant in Amboseli in Kenya.

Skies streaked with pink as a large flock of Lesser Flamingoes take to the sky scared by a marauding Fish Eagle in Amboseli.

“You can’t colour your world with someone’s paint.”
― Israelmore Ayivor

Female Painted Snipe, the girls are the beautiful ones in this bird family, seen foraging in a pan in Amboseli.

A Grey Heron tidying up in the early morning in preparation for the day along the Majale river in Mashatu.

One of a pair of Crimson-breasted Shrikes hopping around in the thorn veld area of Mashatu.

“Let me, O let me bathe my soul in colours; let me swallow the sunset and drink the rainbow.”
~ Kahlil Gibran

A male White-bellied Sunbird radiating his beauty in the morning light at Aloe Farm near the Hartebeestpoort dam outside Johannesburg.

A male Ameythst Sunbird feeding on nectar from an aloe flower in Aloe Farm. 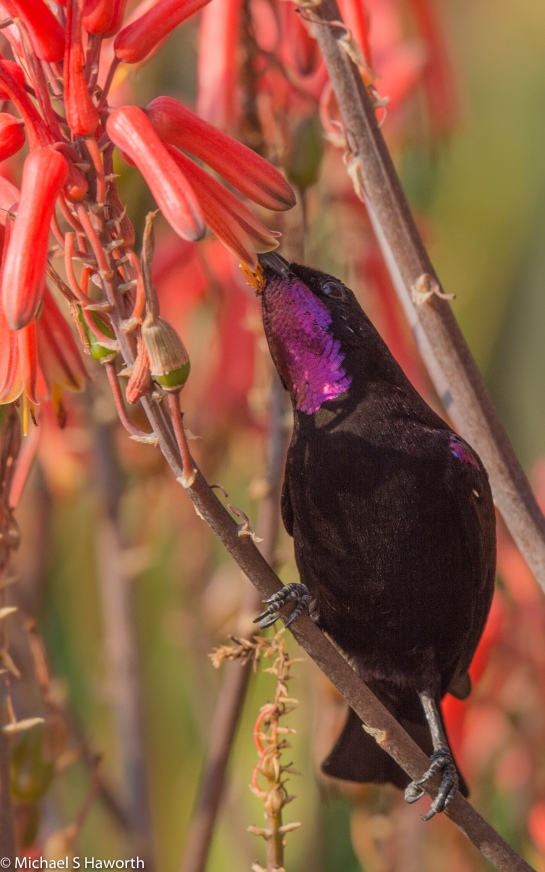 I hope you liked this small selection of the wonderful colours and variety which nature provides for us in abundance each day, including Christmas day.

Merry Christmas
“Christmas waves a magic wand over the world, and behold, everything is softer and more beautiful.”

“There is nothing in the world so irresistibly contagious as laughter and good humour.”

Explore, seek to understand marvel at its inter-connectedness and let it be.